After our little cruise to see Drangarnir we just got hungry for more. Faroe Islands do offer amazing view, and more… and more of these. So – since we were camped in Vestmanna the idea was to see the amazing Cliffs of Vestmanna. Even if that was off season for their main attraction which supposedly is zillion of sea birds nesting in 600m tall cliffs. But just the idea of cliffs, with narrow ravines, caves, bridges all rising from North Atlantic high into the sky. So after booking the cruise for day of departure (silly, but that was – at first – the only available slot) we managed to shift the tour for the day we were leaving Vestmanna. Also – lucky – turned out our new friends Leah and Felix booked the same boat. And the cliffs… well… the most amazing adventure park actually.

After leaving Vestmanna we finally departed the Vestmanna Campground which, while very comfortable was both quite expensive and – is closed for tourists for winter season. Driving past Eiði the road climbs above amazing views of Risin og Kellingin sea stacks and strange Niðara Vatn lake towards the pass flanked by the highest mountain in Faroe Islands – Slættaratindur hidden in clouds to our left. On the other side the view towards the oldest settlement in Faroese – Funningur beckons, but still, before that we turn to visit Gjogv with it’s unusual natural harbor.

Returning we climb a long valley and then drive down to Funningur nestled between cliffs with it’s gorgeous turf roofed church. Tradition says that the first viking who settled on the Faroe Islands, Grímur Kamban, settled here. According to sagas he was a norwegian viking escaping the tyranny of the Norse king Haraldur Hárfagri. However, there must be an error in the saga, because Harald’s reign was in the late 9th century, while the first Norse settlers reached the Faroes earlier – some time after 825.

Then onto our last camping during the tour of Iceland and Faroese Islands located in Elduvik. Which is… free. Unless one needs electricity, but we can manage without it for last two nights. Leaving camera on the tripod I hope to catch aurora borealis. And in the morning while sifting through images it turns out I did. 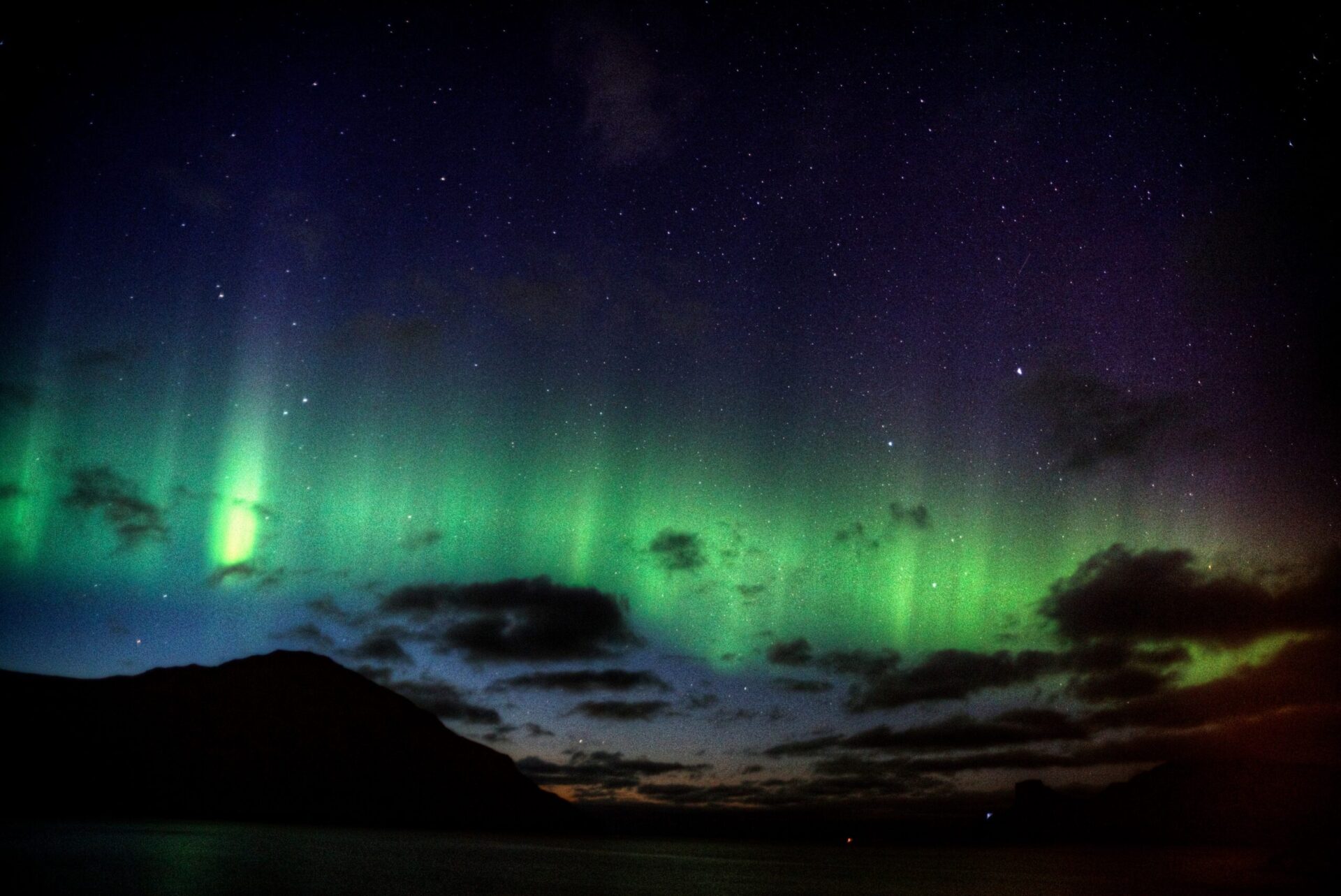