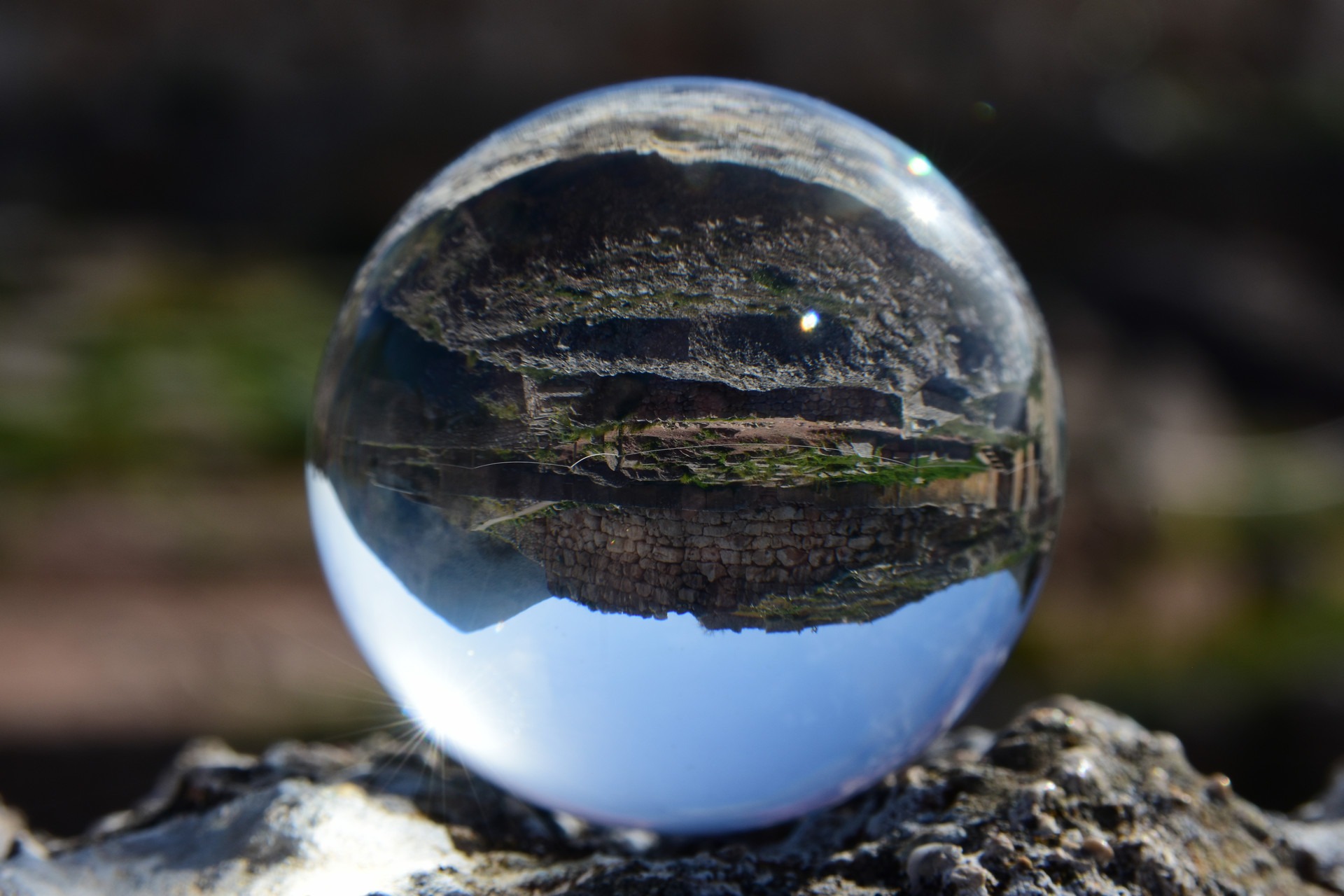 Mycenae – is an ancient citadel in Argolis, which lies in north-eastern Peloponnese. In the second millennium BC, Mycenae was one of the major centres of Greek civilization, a military stronghold which dominated much of southern Greece, Crete, the Cyclades and parts of southwest Anatolia – thus the period of Greek history from about 1600 BC to about 1100 BC is called Mycenaean. At its peak in 1350 BC, the citadel and lower town had a population of approximately 30,000. During Late Helladicp perios it was known to Egyptians, who condsidered *Mukana as a capital city on the level of Thebes and Knossos. Mycenae’s political, military and economic influence likely extended as far as Crete, Pylos in the western Peloponnese, and to Athens and Thebes. Hellenic settlements already were being placed on the coast of Anatolia. A collision with the Hittite Empire over their sometime dependency at a then strategic location, Troy, was to be expected. In folklore, the powerful Pelopid family ruled many Greek states, one branch of which was the Atreid dynasty at Mycenae. By 1200 BC, the power of Mycenae was declining; finally, during the 12th century BC, Mycenaean dominance collapsed entirely. The eventual destruction of Mycenae formed part of the general Bronze Age collapse in the Greek mainland and beyond. Within a short time around 1200 BC, all the palace complexes of southern Greece were burned, including that at Mycenae. This was traditionally attributed by scholars to an Dorian invasion from the north, although many historians now doubt that this invasion caused the destruction of the Mycenaean centres. Displaced populations escaped to former colonies of the Mycenaeans in Anatolia and elsewhere, where they came to speak the Ionic dialect. Emily Vermeule suggests that the disruption of commercial networks at the end of the 13th century BC was disastrous for Greece and this was followed by the coming of the mysterious “Sea Peoples”, who caused chaos in the Aegean. According to Egyptian records, the “Sea Peoples” destroyed the Hittite Empire then attacked the 19th and the 20th dynasties of Egypt, circa 1300–1164. They may be related with the destruction of the Mycenaean centers. However at the end of Late Hellenic period, the Mycenaeans undertook an expedition against Troy, which meant that the sea was safe with no indication of destruction in the Aegean islands. The first correct identification of Mycenae in modern literature was during a survey conducted by Francesco Grimani, commissioned by the Provveditore Generale of the Kingdom of the Morea in 1700, who used Pausanias’s description of the Lion Gate to identify the ruins of Mycenae.

Tomb of Clytenmestra and Treasury of Atreus

The Tomb of Clytemnestra is tholos type tomb built in c. 1250 BC near Mycenae citadel. A number of architectural features such as the semi-column were largely adopted by later classical monuments of the first millennium BC, both in the Greek and Latin world. The Tomb of Clytemnestra with its imposing façade is the most monumental tomb of that type after the Treasury of Atreus. The tomb was named after Clytemnestra, the wife of king Agamemnon, mythical ruler of Mycenae and leader of the Greeks in the Trojan War. However, it has been also suggested by modern scholars that this might have been Agamemnon’s tomb. Further away from the Citadel stands the Treasury of Atreus also known as Tomb of Agamemnon. It is a large tholos or beehive tomb on Panagitsa Hill, constructed during the Bronze Age around 1250 BC. The lintel stone above the doorway weighs 120 tons, and with approximate dimensions 8.3 x 5.2 x 1.2m is the largest of its kind in the world. The tomb was used for an unknown period. Mentioned by Pausanias, it was still visible in 1879 when the German archeologist Heinrich Schliemann discovered the shaft graves under the ‘agora’ in the Acropolis at Mycenae. The tomb has probably no relationship with either Atreus or Agamemnon, as archaeologists believe that the sovereign buried there ruled at an earlier date than the two; it was named thus by Heinrich Schliemann and the name has been used ever since. Still, in its monumental shape and grandeur it is one of the most impressive monuments surviving from the Mycenaean period.

Tiryns is a Mycenaean citadel near Mycenae, and the location from which mythical hero Heracles performed his 12 labors. It is a hill fort with occupation ranging back seven thousand years, from before the beginning of the Bronze Age. It reached its height between 1400 and 1200 BC, when it was one of the most important centers of the Mycenaean world, and in particular in Argolis. Its most notable features were its palace, its Cyclopean tunnels and especially its walls, which gave the city its Homeric epithet of “mighty walled Tiryns”. The famous megaron of the palace of Tiryns has a large reception hall, the main room of which had a throne placed against the right wall and a central hearth bordered by four Minoan-style wooden columns that served as supports for the roof. Two of the three walls of the megaron were incorporated into an archaic temple of Hera. The site went into decline at the end of the Mycenaean period, and was completely deserted by the time Pausanias visited in the 2nd century AD. This site was excavated by Heinrich Schliemann in 1884–1885. Despite the destruction of the palace in 1200 BC, the city population continued to increase and by 1150 BC it had a population of 15,000 people.

The Ancient Theatre of Epidaurus is a theatre near the Greek city of Epidaurus, located on the southeast end of the sanctuary dedicated to Asclepius, the ancient Greek God of medicine. It is built on the west side of Cynortion Mountain. It is considered to be the most perfect ancient Greek theatre with regard to acoustics and aesthetics. According to Pausanias, the ancient theatre was constructed at the end of the 4th century BC by the architect Polykleitos the Younger. Pausanias praises the theatre for its symmetry and beauty. At a maximum capacity of approx 14,000 spectators, the theatre hosted music, singing and dramatic games that were included in the worship of Asclepius. It was also used as a means to heal patients, since there was a belief that the observation of dramatic shows had positive effects on mental and physical health. Today, the monument attracts a large number of Greek and foreign visitors and is used for the performance of ancient drama plays. The first modern performance conducted at the theatre was Sophocles’s tragedy Electra in 1938. While WWII interrupted performances in the these rsumed in 1954, in the framework of the organized festival – The Epidaurus Festival (during summer).

The monument retains the characteristic tripartite structure of a Hellenistic theatre that has an auditorium, orchestra and staging building. During Roman times, the theatre (unlike many Greek theatres) did not suffer any modifications. The auditorium is divided vertically into two unequal parts, the lower hollow or theatre and the upper theatre or epitheatre. The two sub-sections are separated by a horizontal corridor for the movement of spectators, the frieze. The lower part of the auditorium wedge is divided into 12 sections, while the upper part is divided into 22 sections. The lower rows of the upper and lower auditoriums have a presidency form, namely places reserved for important people. The design of the auditorium is unique and based on three marking centres. Due to this special design, the architects achieved both optimal acoustics and an opening for better viewing. The circular orchestra, with a diameter of 20 m, constitutes the centre of the theatre. In the centre is a circular stone plate, the base of the altar or thymele. The orchestra is surrounded by a special underground drainage pipeline called the euriposm which is covered by a circular stone walkway.

A little away there are extensive aarcheological remains the Asclepeion at Epidaurus – the most celebrated healing center of the Classical world, the place where ill people went in the hope of being cured. To find out the right cure for their ailments, they spent a night in the enkoimeteria, a big sleeping hall. In their dreams, the god himself would advise them what they had to do to regain their health. Within the sanctuary there was a guest house with 160 guestrooms. There are also mineral springs in the vicinity, which may have been used in healing.

Asclepius, the most important healer god of antiquity, brought prosperity to the sanctuary, which in the 4th and 3rd centuries BC embarked on an ambitious building program for enlarging and reconstruction of monumental buildings. Fame and prosperity continued throughout the Hellenistic period. After the destruction of Corinth in 146 BC Lucius Mummius visited the sanctuary and left two dedications there. Even after the introduction of Christianity and the silencing of the oracles, the sanctuary at Epidaurus was still known as late as the mid 5th century as a Christian healing center.